The growth of the Electric Bus Market can be attributed to the increasing focus of countries on electrification of their public transport fleets with subsidies and favourable regulations due to emission concerns. Advancements in battery pack technologies, declining battery prices, government support, huge subsidies along with tax exemptions, and innovations in electric powertrains are some of the major factors driving the growth of the electric bus and coach industry.

Factors such as a rise in pollution and environmental hazards, stringent government regulations, and stiff competition have compelled automotive OEMs to introduce fuel-efficient and environment-friendly buses and coaches. Thus, the Electric Bus Market is expected to witness significant growth in the future.

The Asia Pacific is the largest Electric Bus Market in the world. It comprises some of the fastest developing and developed economies in the world. The growth in the region can be attributed to the dominance of the Chinese market and the presence of leading OEMs such as BYD, Yutong, Zhongtong, and Ankai in the country, resulting in the exponential growth of the Asia Pacific Electric Bus Market. The Asia Pacific market is dominated by China, which has large sales volumes for electric buses. With favourable government regulations and the increasing adoption of electric buses in public transport fleets. The Asia Pacific is home to many OEMs, especially Chinese companies, that are dominating the global Electric Bus Market. For instance, in January 2021, BYD won a supply contract by the Bogota City Public Transport Authority in Columbia to deliver 1,002 electric buses in 2021. This is the largest pure-electric bus contract for BYD outside China. BYD has collaborated with local bus manufacturers namely Superpolo and BUSSCAR for the bus body parts. Also, Shenzhen was the first city in the world to have a fully electrified public transport fleet. The favourable regulations for electric buses, availability of electric and electronic components at cheaper rates, and rapidly growing charging infrastructure are projected to boost the Asia Pacific Electric Bus Market.

In the Electric Bus Market, by the length of the bus, the 9–14 m segment is projected to be the largest market during the forecast period in terms of volume. The 9–14 m segment is dominating the electric bus segment due to the large volumes of electric passenger buses used in the public transport fleet. Most of the public transport fleets, especially in China, which accounts for almost 99% of the market have electric buses that are 9–14 m in length. Also, many of the leading OEMs such as BYD, Proterra, and Yutong have been providing electric buses in the 9–14 m length range. This is the highest adopted length segment in electric buses. The driving factor for this is the battery capacity is ideal for intercity travel. These buses can travel up to 350 km on a single charge and can carry >350 kWh battery pack. OEMs are focusing on this segment for new product launches, and large supply orders are coming for this bus length. In December 2019, Yutong (China) received a contract from Keolis Norge (Norway) for 88 units of the Yutong E12 e-bus model, intended for use in the Norwegian public transport system. The Yutong E12 model is a 12 m electric bus model having a 300 km operational range on a single charge. Countries that are planning to replace existing public fleets with electric ones are considering electric buses of the same lengths as well.

North America is expected to be the fastest-growing market during the forecast period.

North America which includes the US and Canada is projected to be the fastest-growing market during the forecast period. The increasing demand for electric mass transit solutions, renowned OEMs expanding in the region, and government support are factors driving the North American Electric Bus Market. The adoption rate of electric vehicles in these regions is emerging and they can be considered as new revenue pockets for the electric bus segment. Countries in these regions are implementing electric bus technologies for public and private transportation options. For instance, In March 2019, the Federal budget of the US announced USD 130 million to accelerate zero-emission buses and vehicles deployment. Also, Funding for hydrogen-powered vehicles and refuelling infrastructure was announced in Pennsylvania. Sales and taxes for alternative fuel vehicles, including hydrogen-fueled vehicles, were exempted in Washington. Schemes like these by the government are incentivizing the Electric Bus Market in the North American region. Further, OEMs are also launching new variants of electric buses for other applications such as school buses. For instance, in March 2021, the Blue Bird delivered its 400th electric school bus in North America. The company expects to have 1,000 electric school buses delivered by 2022. A rising number of similar developments indicate that the Electric Bus Market in North American will grow exponentially in future.

The global Electric Bus Market is dominated by major players such as BYD (China), Yutong (China), Proterra (US), VDL Groep (Netherlands), and AB Volvo (Sweden). These companies have strong distribution networks at a global level. In addition, these companies offer an extensive product range in this market. These companies have adopted strategies such as new product developments, collaborations, and contracts & agreements to sustain their market position.

Our 850 fulltime analyst and SMEs at MarketsandMarkets™ are tracking global high growth markets following the "Growth Engagement Model – GEM". The GEM aims at proactive collaboration with the clients to identify new opportunities, identify most important customers, write "Attack, avoid and defend" strategies, identify sources of incremental revenues for both the company and its competitors. MarketsandMarkets™ now coming up with 1,500 MicroQuadrants (Positioning top players across leaders, emerging companies, innovators, strategic players) annually in high growth emerging segments. MarketsandMarkets™ is determined to benefit more than 10,000 companies this year for their revenue planning and help them take their innovations/disruptions early to the market by providing them research ahead of the curve.

MarketsandMarkets's flagship competitive intelligence and market research platform, "Knowledgestore" connects over 200,000 markets and entire value chains for deeper understanding of the unmet insights along with market sizing and forecasts of niche markets.

WASHINGTON D.C.: A heat wave is expected to strike the American west in the coming weeks, which will offer not ... 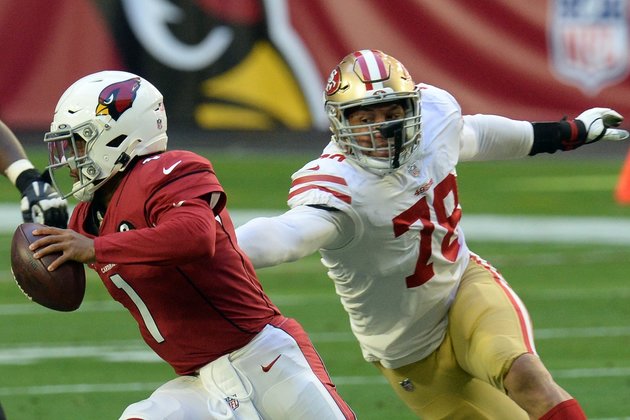 San Francisco 49ers defensive end Jordan Willis was suspended for the first six games of the 2021 season on Thursday ... 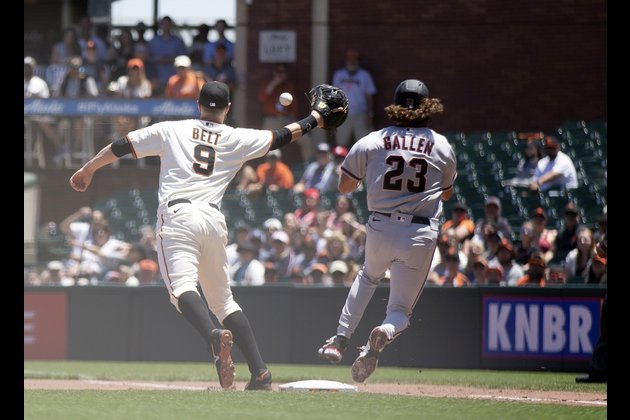 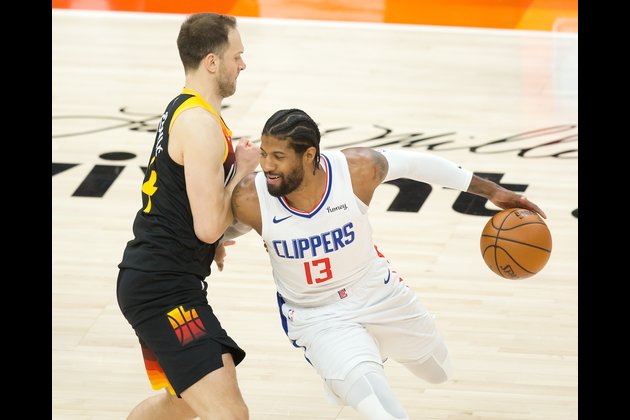 Minus their top player, the Los Angeles Clippers look to advance to the Western Conference finals for the first time ... 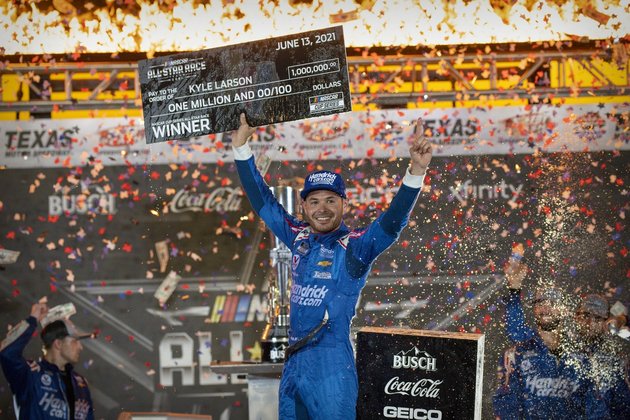 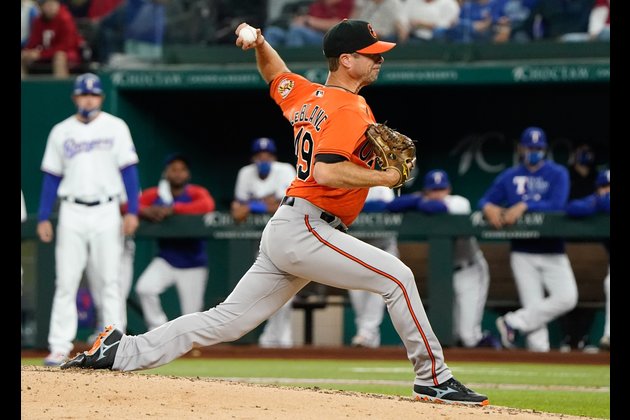 The St. Louis Cardinals signed veteran left-hander Wade LeBlanc to a contract on Thursday. LeBlanc, 36, joined the team ahead ...

RICHMOND, Virginia - As negotiations in Congress continue on a federal infrastructure package, a report out today predicts the American ...

BEIRUT, Lebanon: The embattled Lebanese pound has sunk to a new low of 15,300 against the US dollar in the ...

Shares in Australia and Japan weaken, as Chinese markets advance

SYDNEY, NSW, Australia - Stocks in Asia were mixed on Thursday, rising in China and Hong Kong Kong, but dropping ...

SEATTLE, Washington: Starbucks Corp has applied to the U.S. trademark office for the right to use its name on a ...

CHICAGO, Illinois: Flight attendants for United Airlines can breathe a sigh of relief as they will be recalled at the ...