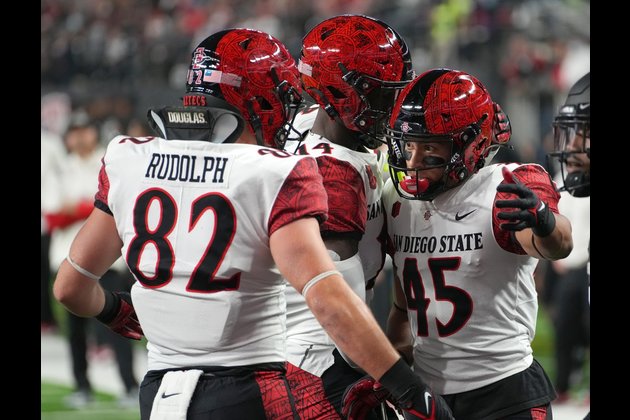 No. 21 San Diego State can clinch a spot in the Mountain West Conference championship game when it hosts Boise State on Friday morning in Carson, Calif.

The Aztecs (10-1, 6-1 MW) control their fate in the West division as they own a one-game lead over Fresno State. However, a loss could potentially be a problem, as the Bulldogs own the tiebreaker by virtue of their 30-20 victory over San Diego State on Oct. 30.

The Aztecs have won 10 or more games in five of the past seven seasons but haven't played in the Mountain West title game since 2016.

Boise State (7-4, 5-2) certainly needs a win as well. The Broncos are part of a three-way tie for first in the Mountain division and the other two teams (Air Force, Utah State) play their games on Saturday.

"It's a huge opportunity for both teams for there to be a lot of things on the line," Boise State coach Andy Avalos said.

In a unique occurrence, the game will start at 9 a.m. local time (noon ET) so that it can air nationally on CBS. Aztecs coach Brady Hoke said his team will have their pregame meal at 5:30 a.m.

"We're up in the morning all the time year-round so our guys are used to it," Hoke said of the early wakeup time.

San Diego State has won three straight games but wasn't all that sharp in a 28-20 road win over UNLV on Nov. 19.

The Aztecs were outgained 394-290 but prevailed on the strength of three touchdown hookups between quarterback Lucas Johnson and Jesse Matthews.

"I didn't think we played Aztec football, especially on the defensive side," Hoke said. "We've got to do a better job. We can't give up big plays thrown over our heads. We've got to coach better. We as a staff, we got to look at some things."

Star receiver Khalil Shakir caught seven passes for 116 yards, including a 56-yard touchdown from Hank Bachmeier on the final play of the first half.

Shakir ranks fifth in Boise State history with 2,804 receiving yards and sixth with 202 receptions. He has 71 catches for 1,043 yards and six touchdowns this season and has indicated he will likely leave for the NFL after the season.

"There's so much that he does behind the scenes as a leader, a person and a man," Avalos said. "He's one of the humblest guys on the team as well, and we're very grateful he's been a part of this brotherhood and part of this program."

The teams have split six all-time meetings. San Diego State notched a 19-13 win at Boise State in 2018 in the most recent matchup.

AUSTIN, Texas: Tesla has confirmed that it moved its headquarters from Palo Alto, California to a location next to its ...

Does Pentagon need three-quarters-of-a-trillion-dollars every year?

Despite a disagreement over some amendments in the Senate, the United States Congress is poised to pass a $778 billion ... 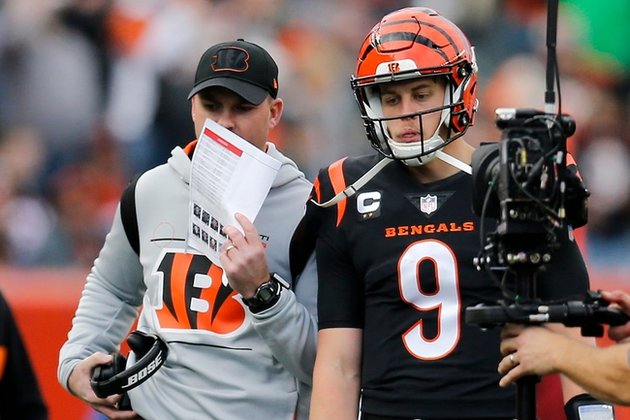 Joe Burrow has plans, provided the Cincinnati Bengals quarterback gets his dislocated right pinky to cooperate. Burrow intends to take ... 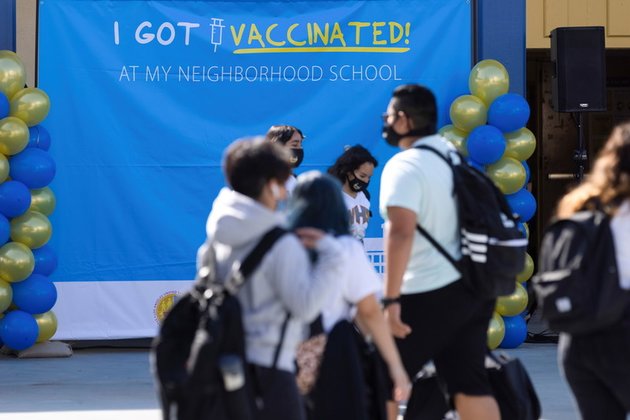 A California mother is claiming that Los Angeles? Barack Obama Global Prep Academy gave her son a Covid-19 vaccine without ...

Europe says $340 billion program will not burden countries with debt

BRUSSELS, Belgium: The European Union has announced the creation of a program worth $340 billion, called "Global Gateway," to act ...

Stock markets in Asia forge ahead on back of global rally

SYDNEY, NSW, Australia - Stocks in Asia continued the merry-go-round on Wednesday as investors the world over swarmed stock markets ...

TORRANCE, California: Honda is recalling some 725,000 SUVs and pick-up trucks due to faulty hoods that could open while vehicles ...

AUSTIN, Texas: Tesla has confirmed that it moved its headquarters from Palo Alto, California to a location next to its ...

NEW YORK, New York - Technology stocks were all the rage in New York on Tuesday, pushing the broader industrial ...

OMAHA, Nebraska: Expect retail giant Costco to develop a major internet presence and become an important competitor to Amazon, according ...