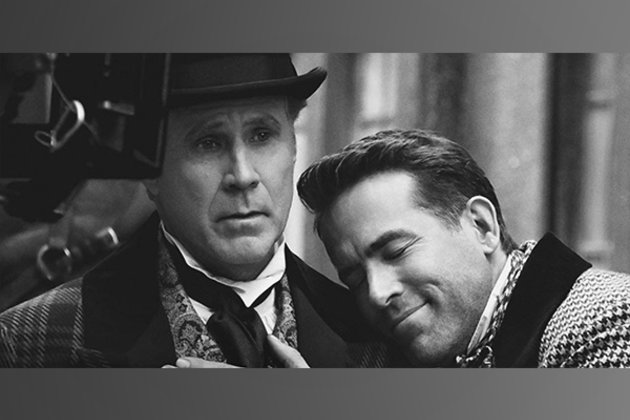 Washington [US], September 24 (ANI): Makers of the upcoming musical drama film 'Spirited' announced the release date of the film on Friday.

Taking to Twitter, Ryan Reynolds shared new posters of the film, which he captioned, "For some reason, these are called iPosters. Spirited on @AppleTV November 18."https://twitter.com/VancityReynolds/status/1573312947874664449Helmed by Sean Anders, the film is all set to hit the theatres on November 11 and will premiere on the OTT platform Apple Tv on November 18.

The musical drama film stars Hollywood actors Ryan Reynolds and Will Ferrell in the lead roles and is a musical retelling of Charles Dickens 'A Christmas Carol.'According to The Hollywood reporter, Apple Original Films announced its release plans for the high-profile movie on Friday. It's not yet clear how many cinemas Spirited will play in, since many exhibitors aren't keen to carry a film that's hitting the home so quickly now that the box office is recovering from the pandemic.

The film will be facing a big clash with Marvel's 'Black Panther: Wakanda Forever' on November 11.

The duo are already proud parents of three daughters and are all set to embrace parenthood for the fourth time.