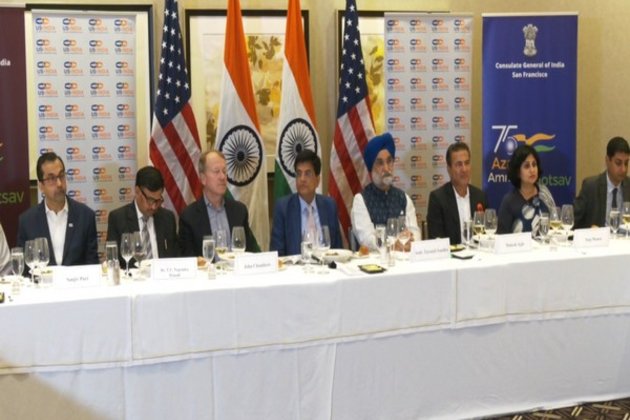 New Delhi [India], September 24 (ANI): Among the very few countries which have successfully countered the fiscal challenges caused by COVID-19 and its aftermath, India's early mover advantage in investing in its infrastructure, digital economy and other economic reforms puts it in a better position to emerge from the pandemic.

Be it prioritising macroeconomic stability by putting in place a framework to combat inflation, GST reforms, creating a common market, opening new sectors, privatisation and building infrastructure, India has efficiently overcome the prevailing challenges with a robust political will.

Inviting investment in the manufacturing sector has been an integral part of India's successful economic plan as it climbs up the ladder to reach its next goal of being the third largest economy in the world.

The assembling of such precision technologies requires close cooperation with local governments which the companies have successfully achieved after long discussions on logistics.

This semiconductor plant will create 100,000 direct jobs and will also provide a multiplier effect on other industries that are linked to the production of semiconductors in the region.

Anil Agarwal, Chairman, Vedanta Resources Limited, said during the launch, "How will our education improve? How will our children grow? Today, children of poor people cannot afford laptops and smartphones. It has two main components, a glass and a semiconductor. Other parts used to make a cell phone can be made by our start-ups. I am dreaming of a cluster that will develop around it".

Recently, India overtook the United Kingdom as the fifth largest economy in the world.

Experts suggest that by 2030, India, with its strong domestic market, will become the world's third largest economy due to its timely actions to handle the global economic crisis.

Sanjeev Sanyal, a member of the Economic Advisory Council to the Prime Minister of India said, "India's domestic market is also attractive and then there are portfolio inflows while by definition of volatile we have seen reasonable inflows happening in recent months. Overall, India remains a very attractive destination for direct investment but also for portfolio investment where investors appreciate the macroeconomic stability that this government has been willing to impose even in difficult situations".

The world's leading companies are looking toward the Indian market for investment opportunities.

[{709ccdd8-53c6-42a1-8419-3cb539d6fc93:intradmin/ANI-20220924112029.png}]India's Commerce and Industry Minister Piyush Goyal during his recent visit to the United States interacted with eminent business persons, US officials and industry leaders to fortify the partnership between the two nations and strengthen trade and economic ties.

The top CEOs of American companies have expressed their confidence in India's growth story.

John Chambers, CEO, JC2 Ventures said, "India is going to be the fastest growing GDP in the world for the next decade and probably for two. It's well within reach of a 5 trillion-dollar economy. No questions as to how fast India gets there. And, India has the trust and partnership at a time it's imperative as China is losing that trust and partnership. So, on everything from start-ups to joint investments in manufacturing to semiconductors - this offers an opportunity for India to lead. And, I think India can and will lead".

Commerce and Trade Minister Piyush Goyal invited foreign investors and entrepreneurs to be a part of India's journey towards becoming a developed nation. He calls it a golden time to invest in India.

"Our demographic dividends, the young population and all of these particularly coupled with a strong decisive leadership, a stable political environment, predictable and stable policies and the transparent open economy, the democracy that we have to offer, rules-based training system and our open to engaging with like-minded countries help make India probably the best destination today", said Piyush Goyal.

India has a young working population which will be a key driver of economic growth in the country over the long term.

Capital Economics while quoting United Nations data in its research paper said that India's working-age population will increase by around 150 million between 2022 and 2050.

The burgeoning domestic market, especially the Tier II and Tier III cities, will help India in its march up the global rankings. (ANI)