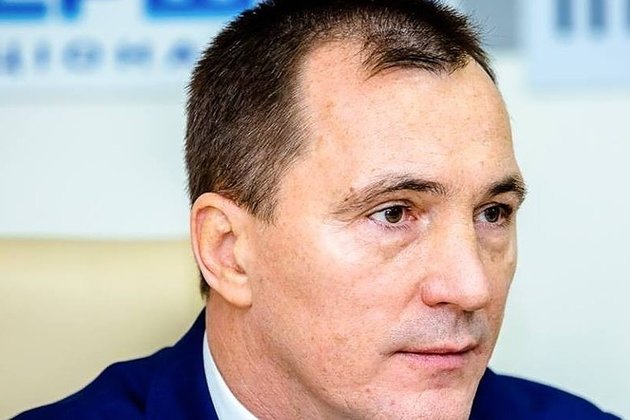 The International Boxing Association (IBA) has suspended the Boxing Federation of Ukraine (FBU) for government interference, meaning it will not be permitted to vote at an Extraordinary Congress on Sunday.

The IBA recognizes its vice president, Vladimir Prodyvus, as the FBU's president, but his claims to the FBU leadership are being challenged by Kirill Shevchenko, who has been given the right to execute the FBU's legal acts by Ukraine's Ministry of Justice.

Attempting to secure the "autonomy of the federation" and have Ukraine recognize Prodyvus' December 17 election win, the IBA has temporarily suspended the FBU.

"IBA will fully support, including financially, the Ukrainian boxing team in its participation in international competitions.

"Mr. Vladimir Prodyvus is appointed to be the IBA coordinator of the boxers affiliated with the Ukrainian Boxing Federation in respect of their participation in the competitions," it added.

IBA Secretary General George Yerolimpos said the global governing body was "deeply concerned about the Ukrainian boxing state since we have learned about Government interference.

"We will do our utmost to support the athletes in this situation, the suspension of the National Federation shouldn't affect any single boxer of Ukraine."

The FBU's suspension means that it will not be able to vote at an IBA Extraordinary Congress in Yerevan, Armenia, despite Prodyvus being in attendance as IBA vice president.

Due to the Netherlands' Boris van der Vorst winning an appeal at the Court of Arbitration for Sport (CAS), a re-do of the presidential election will be put to a vote by members.

Russia's Umar Kremlyov has headed the IBA since late 2020, but his leadership is being challenged by the Netherlands' Van der Vorst, who was declared ineligible ahead of the last Extraordinary Congress vote held in Istanbul in May.

The IBA has been accused of being too financially dependent on Russian gas giant Gazprom by the International Olympic Committee (IOC) under Kremlyov's rule.

A fortnight ago, IOC sports director Kit McConnell revealed that information the body obtained in a report suggested the IBA does not have "any new sources of revenue."

Dependency on Gazprom has been "exacerbated, worsened by the fact that a number of the bank accounts (used by the IBA) are subject to sanctions in the current environment," McConnell added, with "no mitigation on that reliance on one organization."

McConnell made the allegation that increased power is being passed on to Kremlyov's Moscow office from the IBA headquarters in Lausanne, Switzerland, which was "stripped" of all senior and advisers.

With reform plans moving slowly, the IBA was warned in a letter to Kremlyov that it will miss out on having boxing at the 2028 Olympic Games in Los Angeles without swift progress.

"Boxing is currently not included in the sports program of the Olympic Games Los Angeles 2028," the IOC said.

"Considering the absence of a real evolution, the IOC Executive Board is not in a position to reverse this decision and will continue to monitor with grave concerns [the] IBA's governance," it added.